Home » Training » What is Low-code/No-code Testing?

What is Low-code/No-code Testing? 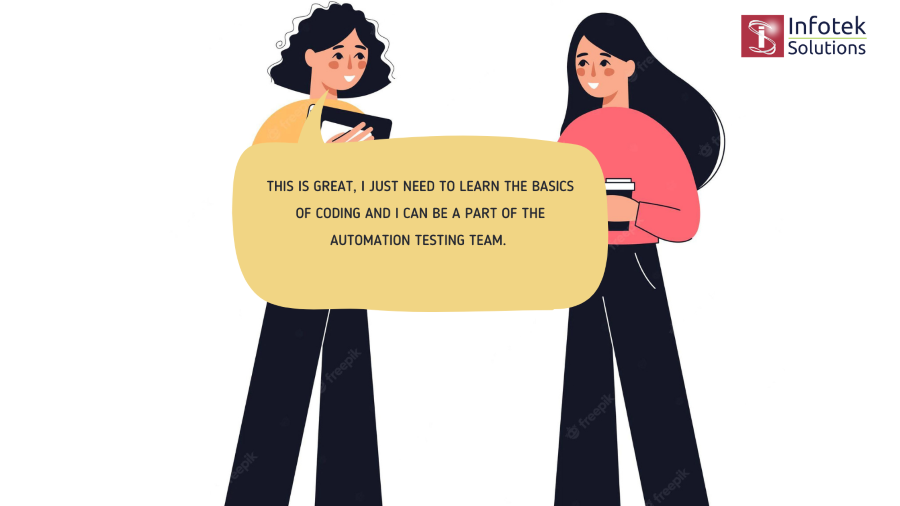 Development teams across the globe are using low-code and no-code tools more and more. They help developers avoid some of the repetitive and ordinary tasks that teams deal with on a day-to-day basis, reducing the risk of human error. While these tools are becoming popular for development, similar ones for test automation are also coming out.

The goal of low-code and codeless test automation tools is to make things simpler for developers, testers, and SDETs. The idea is that anyone at an organization can create automated tests without any programming or automation expertise.

The challenge in Agile testing.

It’s not uncommon for Agile teams to be asked to do more with less and release faster. As a result, many agile teams are turning to automation testing in order to meet these demands from internal clients and end-users.

But, there are several challenges associated with traditional test automation.

Teams that have reached a higher level of test automation face more challenges. Companies that have invested a lot in Test Automation think that they are moving too slowly and don’t get as much coverage as they expected.

We know that traditional automation requires experts in coding to write tests at the beginning and keep them over time. Furthermore, the need for different tools like Appium, Selenium, and element locator makes traditional test automation complicated and requires specific expertise.

It’s a big waste of time, money, and people if test automation projects get stuck midway through and are not fully completed by the time the company moves into development roles.

The Future of Agile Teams

There are no tools to build software tests that run perfectly and identify bugs with a single click at the moment because technology is constantly changing. However, It is easier than ever to run automated software tests with no-code automation tools using advanced artificial intelligence and machine learning techniques.

Every product team should include low-code testing in their testing arsenal. It allows less technical users to get more involved in the software delivery lifecycle and helps to create a culture of quality across the organization. While there is a lot of value in testing such as unit and integration testing, it can be limited by the number of engineers on hand and the amount of time needed to complete the testing.

How to Test E-learning Web Application – Free Tutorial
What are different types/methods & ways in Software Testing?