Home » Selenium » What is QA automation and why do we need it?

What is QA automation and why do we need it? 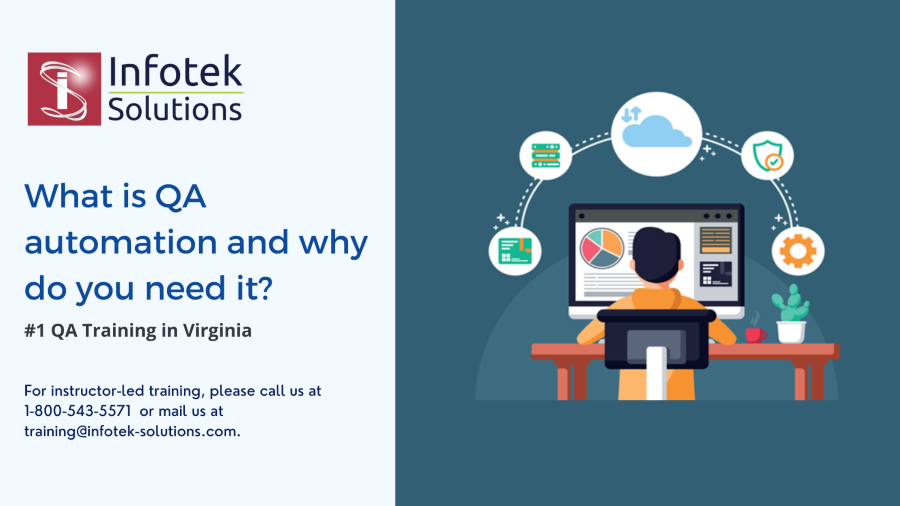 Automation testing handles a significant number of tedious tasks that were previously done by manual testers. It is possible to save time and money by using automated testing, which will deliver a higher level of accuracy. It also allows the QA team to focus on more advanced testing, which will result in improved product quality.

What is the primary objective of automation?

When would it be advisable for us to utilize automation testing?

There are times when you need to run similar experiments across multiple machines at the same time. Automated testing is an effective method for avoiding human error in your testing. With automation, you should be assured that all tests are identical, without human error.

What are the expected requirements for automation testing?

For what reason do we want QA automation?

Repeating these tests manually is both expensive and time-consuming. Once created, automated tests can be run over and over again with no additional cost, and they are typically faster than manual tests. The use of automated software testing tools can reduce the time required to run repetitive tests from days to hours.

An automation testing tool like selenium IDE can play back pre-recorded and predefined activities, compare the outcomes with the normal way of behaving, and report the achievement or disappointment of these manual tests to a test engineer. When automated tests are created, they can undoubtedly be repeated, and they can be used to perform tasks that would be impossible with manual testing.

Important note: we like to tell you that free tutorials are useful to get started but if you are interested in the best online LIVE Master of Automation Testing training program from the experts, please refer to the following link:

Selenium Training E-learning Project Tutorial – Part 1
Who is a Stakeholder in a Project?