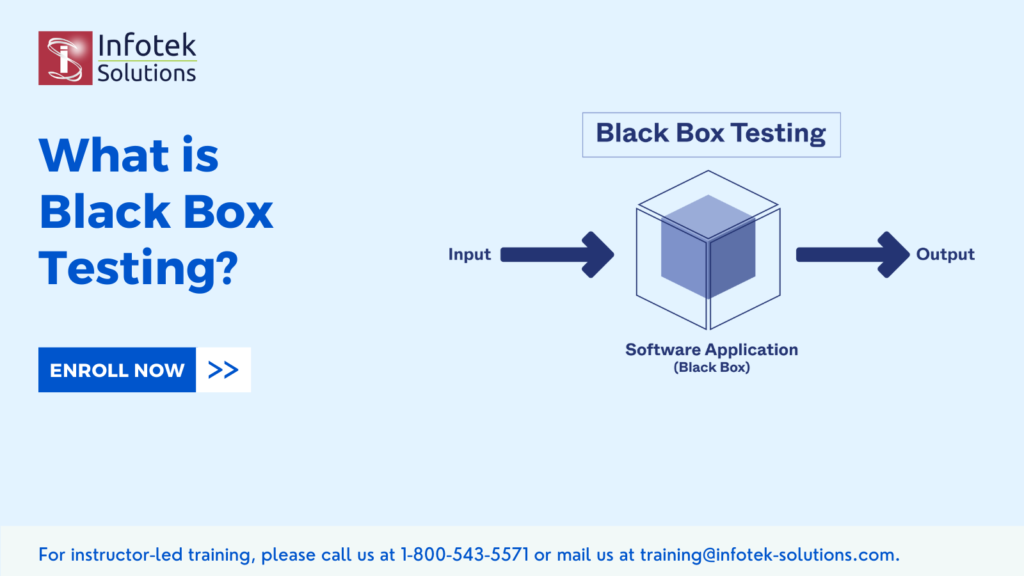 Black-box testing examines the function of an application without looking into the internal structures of the application. This type of testing is also known as behavior-driven testing.

The tester is not aware of the system’s architecture or source code. When doing a black-box test, a tester usually interacts with the system’s user interface by giving inputs and looking at the outputs without knowing how or where the inputs are changed.

Only the two fundamental Black Box Testing types are possible if we consider a major variant.

This type of testing focuses on the functional requirements or specifications of an application. Here, different functions or actions of the system are being tested by providing input and comparing the actual output with the expected output.

For example, when we test a Dropdown list to select the option in a registration form, we should verify that it expands when we click on it and that all the expected values are showing in the list.

There are a few major types of functional testing, including:

There are even several non-functional aspects that are required to be tested in order to improve the quality and performance of the application.

There are several major types of non-functional testing, including:

Black-box testing has its advantages and disadvantages.