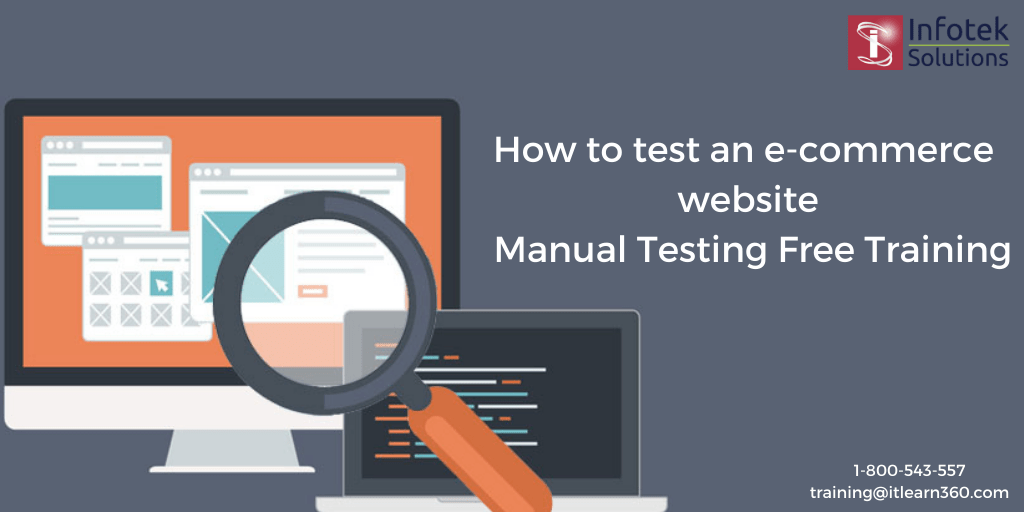 In the last tutorial, we talked about the why and how to test an e-commerce site. Please refer to the following link to learn about e-commerce testing:

All right. As we discussed in the last tutorial, we split up the e-commerce testing into 2 parts. First one we already talked about, and the other one we are going to discuss in this tutorial.

So, we need to perform the following testing techniques to validate and verify the e-commerce site:

1. Functionality Testing – Here are some of the checks that are performed, but not limited to the below list:

Important note: we like to tell you that free tutorials are helpful to get started but if you are interested in the best online LIVE Master of Manual Testing training program from the experts, please refer to the following link:

3. Interface testing – Performed to verify the interface and the data flow from one system to the other.

5. Performance testing – It is performed to assert the server response time and throughput under various load conditions.

6. Security testing – It is performed to verify the application’s security on the web, as data theft and unauthorized access are more common issues. So, here are some of the techniques to verify the system’s security level.

In the next tutorial, we will talk about the Test plan document:

To check other stuff in this series, please refer to the following link:

Happy learning, until then!