Home » Selenium » What are the Java Frameworks for unit testing with Selenium?

What are the Java Frameworks for unit testing with Selenium? 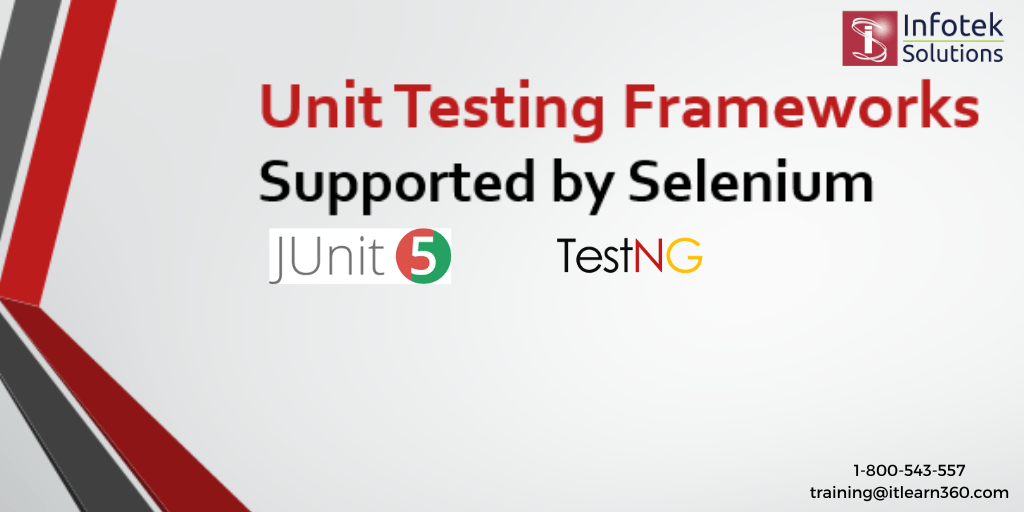 Test automation has changed the rules for writing codes and the speed at which codes are tested during the software development life cycle.

In the testing cycle, unit testing is one of the first testing processes developers run while creating the application’s source code. Each code is designed and tested in such a way to determine its functionality and performance while the developer creates other codes for the application.

You can imagine how easy it is for developers to get their unit tests running when the entire test cycle is automated before moving to integration testing.

And this is done by Selenium, it made automation testing an easy task. All you need to do is discover the right unit testing framework and test all the modules of your web application. So, let’s take a look at some well-tested and well-matched unit testing automation frameworks that you can integrate with Selenium Test Automation.

JUnit is an open-source Unit testing framework for Java applications. It is useful for developers to write and run repeatable tests. Developers who follow test-driven methodology must write and run unit tests first before any code.

Once you are writing with code, you should run all tests, and it should pass. Every time any code is added, you need to rerun all test cases and make sure nothing is broken.

JUnit runs tests quickly and identifies the bugs in a separate block for debugging, and this property makes JUnit popular among the rest of the Java frameworks for Selenium.

Read Title Assertion using selenium webdriver and where to use?

TestNG is one of the open-source testing frameworks for Java which covers a broad category of tests and integrates very well with Selenium. It is designed to overcome the limitations of the JUnit framework. It is robust and offers unique features that make it easy for developers to use multiple annotations, test dependencies, grouping, and prioritization.

Important note: if you are interested in the best online LIVE Master of Automation Testing training program from the experts, please refer to the following link:

Performing unit tests on source codes is the primary step towards quality assurance that determines the application’s functionality, performance, and security. While the burden is on developers to check each code separately, it greatly helps if the tests are automated. Automation is the key to the challenge, as speed has become the essence of software development.

Apart from Java, multiple frameworks supporting JS, Python, C#, Perl, and Ruby integrate seamlessly with Selenium test automation. The success of the testing cycle is determined by the integration of the appropriate frameworks.