How to become a SDET? 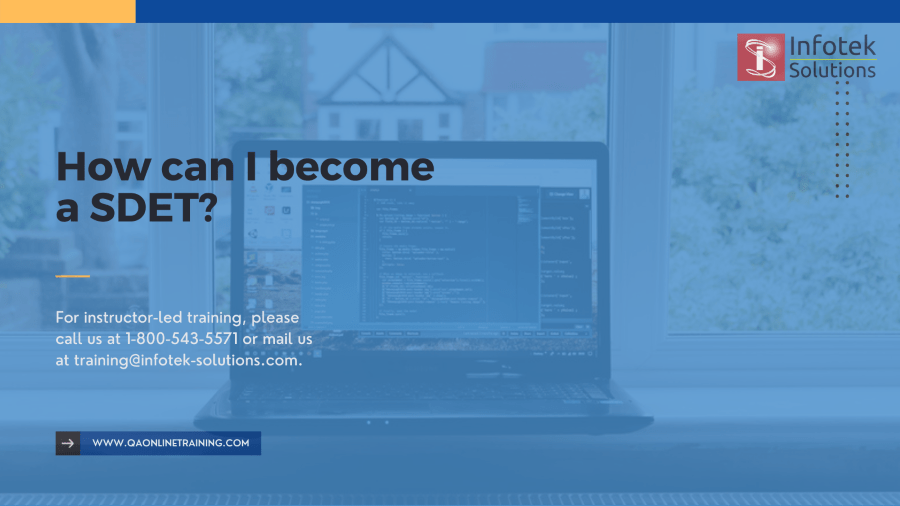 SDET has grown significantly in the last few years. It has made it possible for people who want to work in automation testing.

The salary structure of an SDET varies by company. The average annual salary for a Software Development Engineer in Test is $74,291 in the US.

So, the question arises – what exactly makes a good SDET? What are their skills, and how do they work?

The Software Development Engineer in Test is a software developer who is skilled at testing their product for viability. An SDET can be branded as a software design engineer with advanced programming skills.

Testability, robustness, and performance are the focus of an SDET’s professional knowledge. They are also capable of playing a contributory or reviewer role in the creation of designs for production software.

Read The importance of Domain knowledge for Software testers

What exactly makes a good SDET?

Watch How to Become an SDET?

What are the Roles and Responsibilities of SDET?

SDET is a mix of a developer and tester who know how to code and build test automation tools, have exposure to project management, and interact with end-user software requirements.

The Roles and Responsibilities of SDET are listed below: –

In short, SDET isn’t just a test professional with advanced-level programming skills who can create testing frameworks and tools to help the manual testing process. The dual capacities of SDETs in the domain of performing tests and code development are an incredible fit in today’s advanced age. That’s why the companies are hiring SDETs who are able to work on the testing system or high-performance code.

Stay tuned with us.